CARBON TRADING ACCORDING TO INTERNATIONAL LAW AND ITS IMPLEMENTATION IN INDONESIA

This research aims to describe the carbon trading according to international law and its implementation in Indonesia. It uses juridical-normative research methods. Climate change is one of the major environmental issues in the world, it causes an adverse effect to human life. Basically it comes from human activities. To follow up the issue, then countries try to solve it by taking an action to reduce the emissions. Through the first Earth Summit in Rio De Janeiro-Brazil in 1992, which produces the Convention on Climate Change (UNFCCC); one of the achievements of the UNFCCC is the Kyoto Protocol, wherein the Protocol contains two important things, namely the commitment of developed countries to reduce the rate of emissions compared to 1990, and the possibility of carbon trading mechanisms. Indonesia is one of the countries that have ratified both the UNFCCC through Law No. 6 of 1994, and the Kyoto Protocol through Law No. 17 of 2004. There are also some related regulations. However, of all existing laws, the government has not put out implementing regulations or instructions about carbon trading specifically. 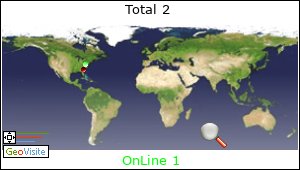